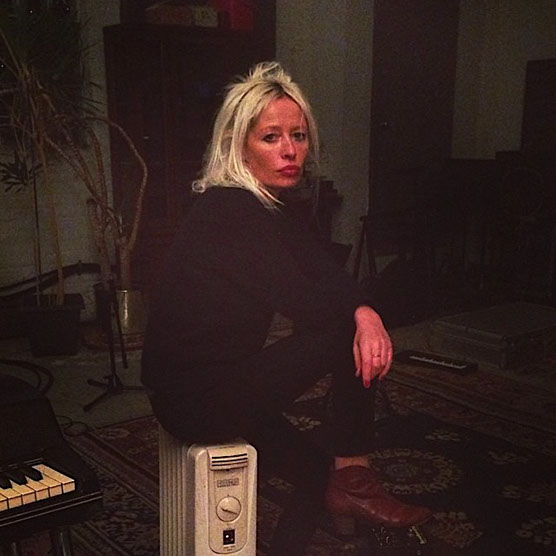 A year ago today (19th February 2016) THE PRICE OF THE TICKET was released and entered the UK charts at No.15! THANK YOU to ALL of you who supported and loved this album! It was such a trip this album took!

From my bedroom in NYC writing the songs, demoing them up, meeting with James Williamson (The Stooges guitarist – Raw Power) and deciding to start recording with him and getting the wonderful James Sclavunos (Nick Cave & The Bad Seeds) on drums. Jim (in his finest three-piece suit!) and I flew to Berkeley, CA and checked into a hookers roadside motel with nothing but a 4 channel TV screwed into the mustard wall, a plastic cup for a toothbrush, an ancient shower and an ice-machine in the forecourt! We rendezvous’d with James Williamson in the parking lot and made our way to Fantasy Recording Studios where we were joined by the legendary saxophonist from Fun House by The Stooges Steve Mackay (R.I.P.) and our great engineer Jesse Nichols. After this, back in NYC, the album progressed yet further and Lenny Kaye (The Patti Smith Group) came on board as the guitarist for the body of the album and of course my dear friend Glen Matlock (Sex Pistols) on bass.

How wonderful we all felt as we recorded! It was the depths of winter in New York City and distinctly I remember being up and out on Broadway at 8am each morning, through feets-high snow making my way to the East Village and, in part, Brooklyn to record with Ivan Julian (Richard Hell & The Voidoids) engineering… it was freezing! sub-zero icy blasts tearing through the grid system of New York streets, I was bundled with my guitar, bags full of pedals and leads and mix notes and lyrics! Head down against the freezing air. Dressed in the studio in sweaters, two coats, a hat, gloves and holding onto an old portable iron radiator to try and unfreeze my hands! We worked long hours and inspired each other from start to finish. It was a wonderful musical time… I am so grateful to all these musicians for this experience in my life! I am also so grateful to my friends who helped me get through times when reaching the finishing line seemed nearly impossible! but I got there and much in part to their support and help. I am lucky!

I flew back to Berkeley to mix with Jesse and once again my routine turned the clock inside out, up at 7am for coffee, walking to the studio through the pretty, sleepy streets of Berkeley with the pastel painted houses and front garden flower beds, starting to mix at 10am and finishing at midnight, getting a couple of beers from the 24 hour deli and back to the house I was staying in to make notes for the next day. As always in the studio, no matter how much time you have you never have enough and in the end Jesse and I pulled mammoth hours, we mixed two songs through the night on one occasion with Jesse going for a walk around the block at 3am to clear his ears and me just lying on the floor staring at the ceiling! We felt we were on a mission and we saw that mission completed and to success!

Then!!! Pledge Music came into my life and we started this adventure that has proven so perfect for my music, for me, for you! I work closely with a team at Pledge, helped by so many people within this empire that Malcom Dunbar is building, in particular Barney, Luke, Paula and now Anna… my team! Thank you! I must also mention and thank Randy Boyd out there in California who has distributed my music across the world for quite a few years now, he is such a constant figure of reliability in my life and honest as the day is long and Ian J. Taylor with whom I built my website and who works tirelessly on keeping it up to the moment. I did the photograph for the album cover in Paris on a Sunday morning with my friend Kym Ellery, I’d just flown in from NYC and caught a taxi direct from Charles de Gaulle to Kym’s apartment on the Rue de Rivoli and we had coffee, caught up and then I lay down on her sofa and she got the snap! The rest is history… THE PRICE OF THE TICKET came out and you all embraced it! We gigged, the live band incorporating James Meynell, Jared Fisher, Louis Elliot, Bob Wilson and Richey Rose with James Sclavunos and myself. I met a lot of you, we all bonded I think and we made a firm foundation for 2017 and beyond! It continues! I’ve rounded out the 2016 campaign by commissioning a picture disc of TPOTT, signed and numbered individually, a proper collectors item.

In a few days time I will be drawing a line under THE PRICE OF THE TICKET Pledge Campaign and re-opening THE WENDY JAMES NEW ALBUM 2017 campaign! Everything from TPOTT will carry over into the new campaign but it’s coming back bigger and better and more to find than ever and this time the campaign will follow through the whole process of the new album. I am on song 6 in my writing and I hope to have an album’s worth by April, then… gather musicians, book recording studios, and we’re off to the races again! I love you all! THANK YOU FOR EVERYTHING YOU GIVE ME. It is love, it is friendship, it is generosity and it is loyalty. I hope I prove myself worthy of you all…

Love and my best regards to you all, Wendy xxxx

THE PRICE OF THE TICKET BUY HERE: